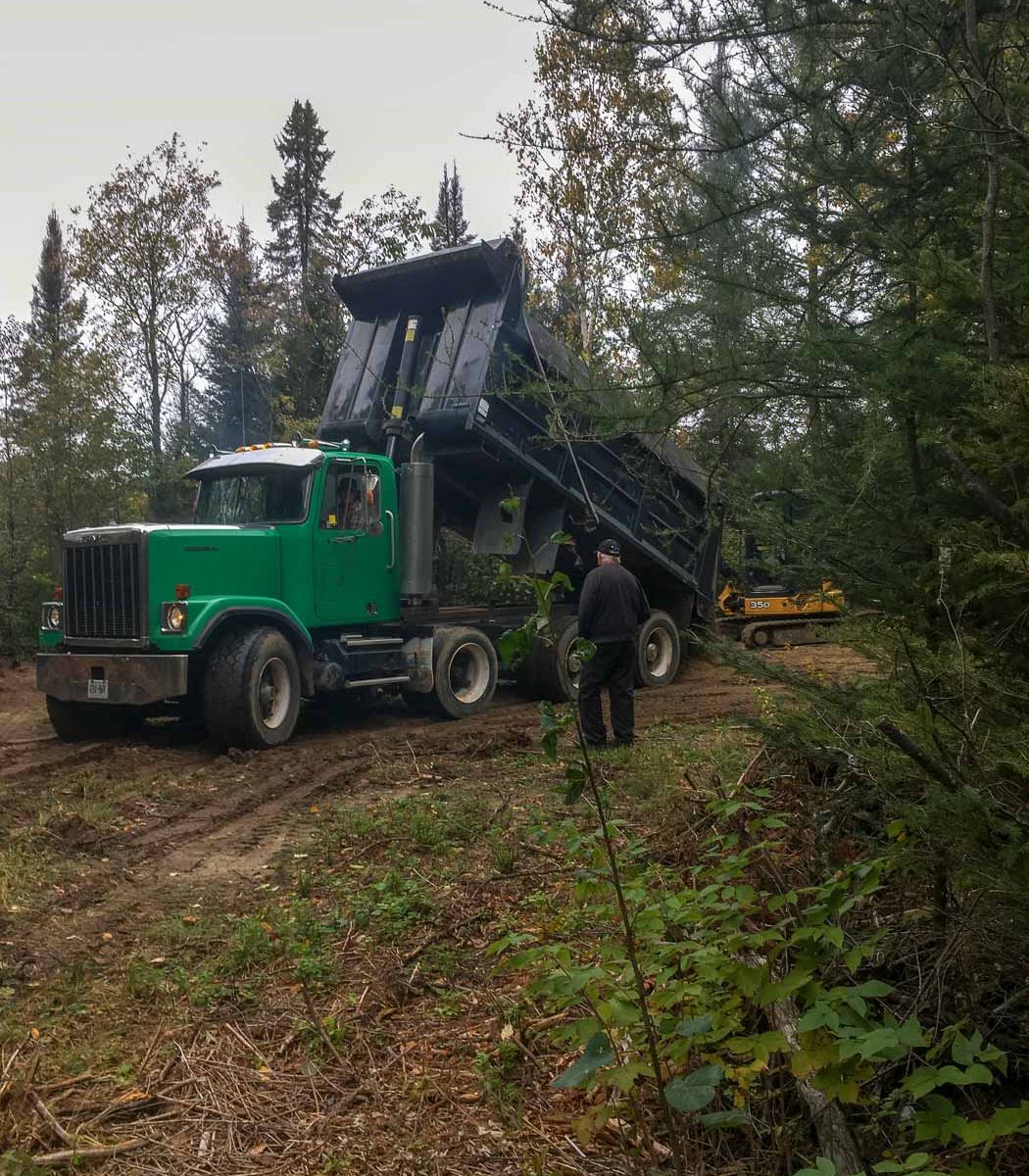 In late August of 2018, I finally got to start what had been a life-long dream, and begin building a personal music and art studio. I had an old large shed on my property that was there when I bought the land in the mid-1980’s. The first step was to tear down that old building, and prepare the land so I could build something new in it’s place.

I ran into many unexpected challenges with the permit process. This set me back several months, so even though I began in August, it was October/November before much really got going. At first the city didn’t want to allow me to build an accessory building ‘between my house and the road’. They acknowledged it was a ridiculous zoning issue that was going to be changed in the next year, but still wanted to delay me now. Given the size of my lot and the site plan, this was really silly. I had to eventually remind them that I was replacing an existing structure that was essentially derelict.

This became difficult to prove, as I had already knocked the old building down. I had to plead ignorance as to why I hadn’t registered a demolition permit, and use images from google earth to prove there had been an old building there. I eventually overcame this, as well as a very expensive permit to prove to the North Bay / Mattawa Conservation Authority that I was not building on a sensitive wetland. That’s when I discovered that about 2 of my 5 acres of land are considered a protected area. So, another $500 later for a 10 minute walk-around by an agent from the NBMCA to say, “you’re good”… and I was good to go.

One big piece of luck at this stage was being able to contract the best concrete person in the area to do my forms and cement work. I ended up with a perfect foundation, level and square, well-finished… an absolute pleasure to build on. You’d be surprised how critical this first step in a build can be, to every aspect to come. This was one of the very few things I didn’t do myself.